Brandon is running for City Council in the 39th district because the needs of our district and our City are urgent. We cannot allow the politics and policies of the past and present to continue to leave so many people behind. Whether it’s record levels of homelessness, the persistence of overpolicing in communities of color, or the explicit pay-to-play culture that exists at every level of government, it is clear that this City does not belong to working people today.

Brandon has always been passionate about making our democracy work better for working people. He began volunteering for leftist campaigns and causes as soon as his parents would let him spend more time out of the house.

Brandon is the proud son of two union teachers, and he knows firsthand the real difference that organized labor makes in people’s lives–their union gave him a scholarship to help him go to college.

His parents taught him the importance of education, and they taught him that nothing changes without a fight. These values led Brandon down the path of serving the people. After getting his undergraduate degree from Haverford College, he went on to get his Masters from NYU at the Wagner Graduate School of Public Service.

For over a decade, Brandon has fought to make our government live up to the promise of ”of, by, and for the people.” Immediately after college, Brandon worked on election and democracy reform policy at a local level and led an independent election day poll watching program in a swing state. While these issues may not make the headlines, Brandon invested his time in them because they are the building blocks of power, and they make systemic change possible.

After graduate school, Brandon worked in the Mayor’s Office of Management and Budget, before transitioning to the City Council Finance Division, working on the Education, Transportation, and Contracts Committees. During his time there, he saw that opaque processes, insulated from public input, had tremendous impact on public spending and ultimately on people’s lives.

Determined to change this, Brandon was also working to build power city block by city block and was using that power to challenge the political machine in Brooklyn to become more transparent and accountable. As president of the New Kings Democrats, he led a successful campaign—Rep Your Block—that got over 500 people involved and serving on Brooklyn’s County Committee, the level of the Democratic Party that is closest to the people. Under his leadership, NKD has also convened meetings throughout Brooklyn as part of the Vision Project, which invites Brooklyn residents to think and talk together about what would make the Democratic Party better—a party that is more reflective of our values and more effective at creating the kind of society we want.

Brandon currently works as Campaign Manager for the Center for Popular Democracy on their national Voting Rights and Democracy program’s campaign. In this role, he protects and increases access to the ballot and strengthens the political voice of historically disadvantaged communities in the electoral process. Brandon is a proud union member following in the footsteps of his parents, and serves as a Shop Steward for his local union branch, the NewsGuild-CWA.

Brandon grew up with a close connection to music and vinyl records through his father, and is a long time listener of WFMU. He can also be found trying his best at being a squad leader at the Park Slope Food Coop, a short walk from his apartment he shares with his roommates in North Slope.

Brandon has worked in and outside of government to make it more accountable to the people. He believes that people can only be truly brought into our democracy if they have the power to ensure that their basic needs are met. Too often, freedom is defined as the ability to live without government intervention, not as the ability to live free from poverty, hunger, substandard education, or discrimination. Brandon believes that a City truly “for the people” is radically different than the one we have now, and will fight to build real power and freedom in the District from the ground up. 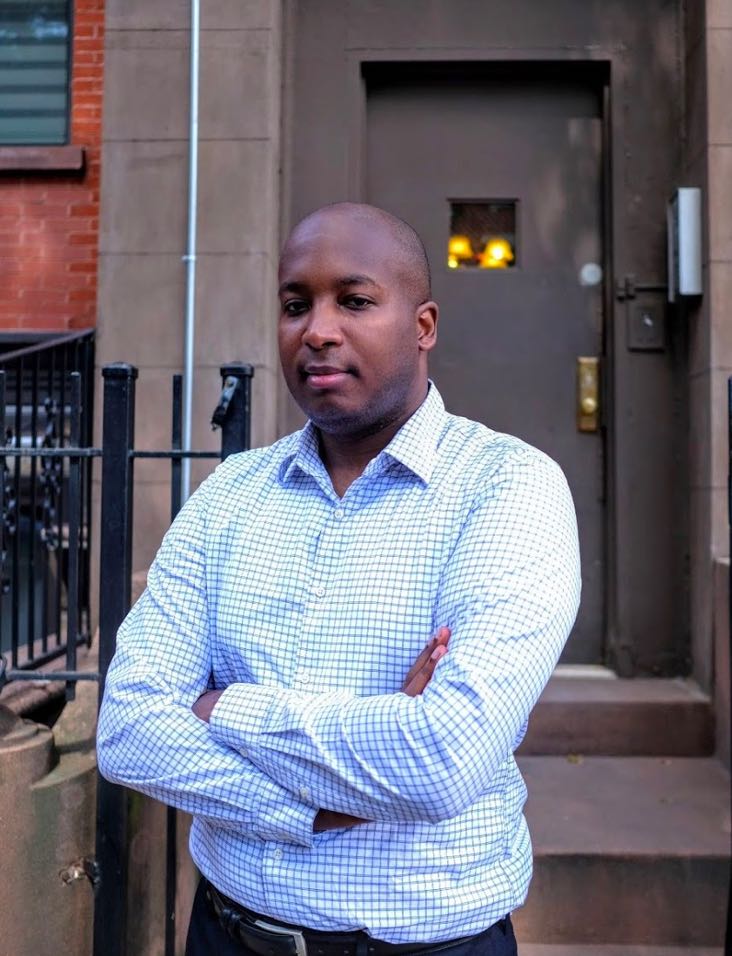